Corpus Christi Police Financial Crimes Detectives are investigating several cases of store transactions where counterfeit money was used to purchase merchandise and Detectives want help from the public to identify the suspects.

Several of the cases include the same suspects. One case was reported on October 13, 2016 at a corner store located at 5601 Saratoga Boulevard at 4pm. The suspects in this case used a fake 100 dollar bill to buy hygiene products, personal lubricant, and gift cards.

A previous Case was reported on May 7, 2016 at a home improvement store located at 4038 South Port Avenue where the suspects purchased a 20 ounce drink, and wiper blades. In each case the suspects received cash as change for the balance of the transaction.

On the occasion at the home improvement store, one suspect wore a white sleeveless shirt, used a cane, had a tattoo on the outer part of the left and right calf, and a tribal style tattoo on its left arm. The second suspect wore a red/white/black plaid shirt, had a tattoo on his upper right arm as well as a tribal style tattoo on his left arm. Detectives say both suspects entered the home improvement store at the same time. Detectives say one suspect went to the cashier while the other left the store and waited outside the door. Detectives say after the transaction was complete, both suspects left in a red passenger car. 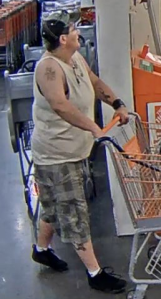 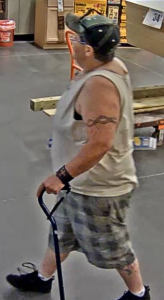 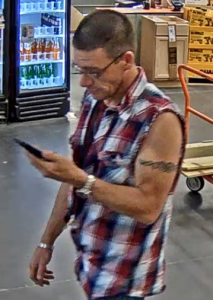