The following was taken from the overnight contact report from Lieutenant Colby Burris.

D480 Jones and D470 Barnes were dispatched to 2000 block of 17th street for a complaint of drug activity.  Officer Jones arrived and observed a 2015 White Chrysler 300 parked in front of the location and sat up on it.  The vehicle started rolling and failed to signal a turn onto Staples where a traffic stop was conducted.  Laura Alejandro 6-4-88 was contacted as the driver and there was also a male passenger in the vehicle. Investigation lead to the discovery of two handguns, methamphetamine, and synthetic cannabinoid in the vehicle.  Both subjects denied ownership ownership of any of the items.  Alejandro, the driver and owner of the vehicle, was placed under arrest for listed charges.  One of the firearms was reported stolen from Houston PD in 2009.  GREAT INVESTIGATION AND ARREST GETTING TWO GUNS AND NARCOTICS OFF OF THE STREET. 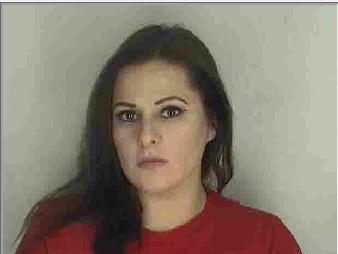 Recruiting officers are at Spring Career Fair Texas State University in San Marcos. If you are following our page and are in the area and have questions, please stop by. You can also call (361) 886-2626 to speak directly to a recruiter.
We are hosting a women in policing seminar on Thursday, February 27, 2020. If you are interested, you will need to RSVP by calling (361) 886-2770.
Interested in joining our team? We are accepting applications for our next academy until March 13, 2020. Please call (361) 886-2626 to speak directly to a recruiter.