On May 09, 2018, the Corpus Christi Police Department’s Internet Crimes Against Children Task Force, Organized Crime Unit Detectives and Agents with the Department of Homeland Security Investigations executed a search warrant at the residence of Jesus Ramirez (09/19/1991).

Ramirez was booked on the same date at the Nueces County Jail on two warrants for online solicitation of a minor and production of child pornography, with a total bond amount of $200,000.  On the date of arrest, he was additionally charged with possession of marijuana, with a bond amount of $500.00.

Detectives with the Internet Crimes Against Children have identified four separate juvenile victims through their investigation.  Ramirez is accused of conversing via internet with minors and blackmailing them into sending images of child pornography in addition to soliciting them to meet him for sex.

It was reported to Investigators that Jesus Ramirez was identifying himself on social media with several aliases to include; Justin Ramos, Travis Gallegos and Adrian Soto, along with the use of fake profile pictures.  It appears that none of the victims knew of his true identity.  This investigation is still active and ongoing and there exists the possibility of additional victims that have yet to come forward.  Anybody with information concerning this case is encouraged to call the lead Investigator, Senior Officer Alicia Escobar at (361) 826-2996.

We want to urge parents to speak to their children about internet safety. 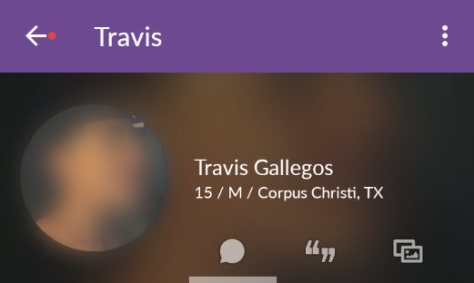