It is unknown at this time how long these devices have been in place and there exists the possibility that other devices are currently in place at other locations in our city.  This is an ongoing investigation and we are reviewing video that was recorded inside these locations.

CCPD requests that local businesses check the ATM’s on their premises for any such devices.  We also recommend that consumers who use ATM’s carefully monitor activity on their accounts for fraudulent transactions.  Please report criminal activity to the Corpus Christi Police Department at 886-2600. 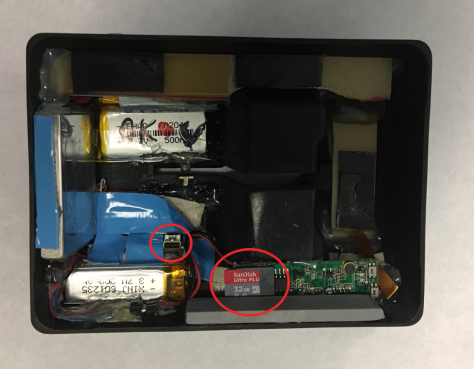 The back side of the overlay device found on convenience store ATM’s at 5900 S.P.I.D. and 4700 S.P.I.D showing the memory card and the download port. 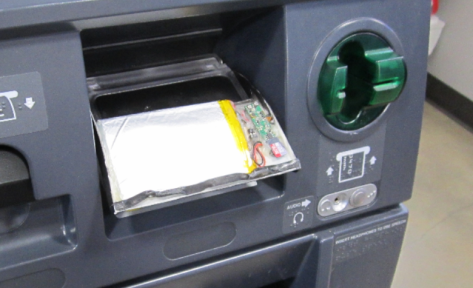 The overlay device that was attached to the plastic keypad shield on the ATM at the convenience store in the 3800 block of Rodd Field Road.  The cover that helped the device blend with the machine has already been removed.