At approximately 10:56 pm on Friday, May 3, 2019, officers were patrolling the area near Cuiper Park when they were advised of suspicious males in the area.  As one of the officers attempted to make contact with three males, one of the subjects fired upon a second responding officer striking his fully marked police unit several times.  The initial officer returned fire but the subject was able to evade on foot.  Two of the males remained on scene and were immediately detained.  A perimeter was quickly set up for the surrounding area and the third subject was located on the 4300 block of Brentwood. No injuries were sustained by anyone on scene.

Two Corpus Christi Police Officers have been placed on paid administrative leave in accordance with current department practice and policy.

Officer Michael Love has been a police officer with the Corpus Christi Police Department since July 2017.

Officer John Garza has been a police officer with the Corpus Christi Police Department since December 2015. 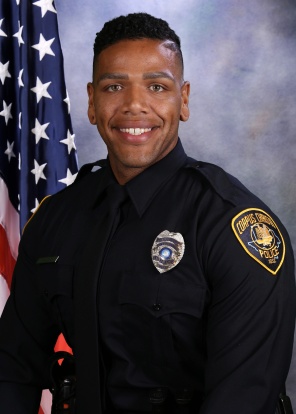 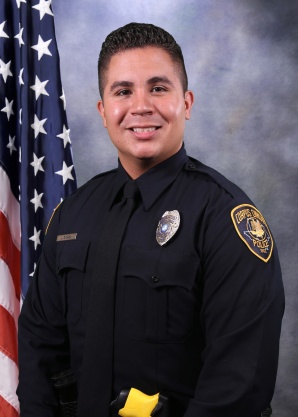 This is still an active and ongoing investigation. If you have any information pertaining to this incident, you are encouraged to call the Corpus Christi Police Department Criminal Investigation Division at (361) 886-2840. Anyone who would like to keep their identity secret and still provide information to Detectives should call Crime Stoppers at 888-TIPS (8477) or submit the tip online at www.888tips.com.