Police would like help from the public to locate a fugitive who has an active warrant for her arrest.  Law Enforcement Officers are searching for 19-year-old Britney Baltazar  (07/21/98) for charges stemming from an Aggravated Assault with a Deadly Weapon (No Bond) as well as a second warrant for Theft (Bond-$5,000). 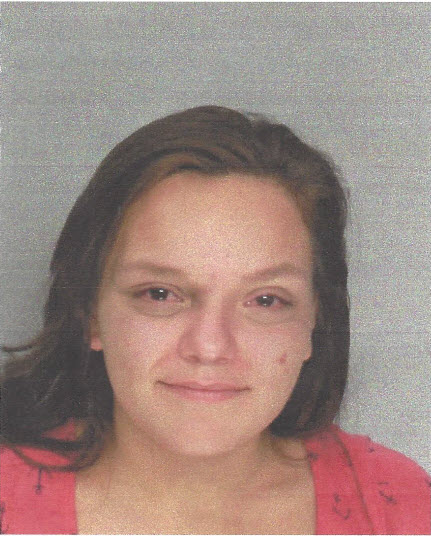 On July 21, 2017 Officers responded to the 1400 block of Devon, reference a shots fired call, which was upgraded to a shooting with injuries.  Upon arrival, Officers located a 47-year-old male with a gunshot wound.  The victim was transported to the hospital with critical injuries and remains hospitalized today.

On July 22, 2017 at approximately 8:05 p.m. Officers effected a traffic stop near the intersection of 19th Street and Mussett Street, which resulted in an arrest of Guzman, Jonathan (08/02/1986).   Guzman was charged with Unlawful Possession of a Firearm by Felon, Possession of Controlled Substance in Penalty Group 2-A and Possession/Delivery of Drug Paraphernalia.  Through ballistic testing, it was discovered that the weapon being possessed by Guzman during the traffic stop was the same weapon used in the shooting on Devon.

A warrant was subsequently issued for Jonathan Guzman for the charge of Aggravated Assault with a Deadly Weapon.  Guzman remains in the Nueces County Jail and is being held on a $250,000 bond.

On June 22, 2017 at approximately 12:00 p.m., the Gulf Coast Regional Fugitive Task Force received a request for assistance from the Lone Star Fugitive Task Force in locating a wanted fugitive.  At approximately 12:20 p.m. the task force received information that the fugitive in question, Emmanuel Grear 05/04/1997, was at an apartment complex in the 5700 block of Curtis Clark with a friend, Jeremy DelosSantos 07/04/1995.

Both Offenders were booked into the City Detention Center for processing and have been transferred to the Nueces County Jail.

Corpus Christi Police Officers will be out in force targeting drunk drivers from June 24-July 5.

A Corpus Christi Police Officer generated an offense report detailing that two vehicles were burglarized in the early morning hours of May 20, 2017.  The victim advised that one of the items stolen was a reloadable credit card, which had funds.  The victim received an automatic alert detailing where the card was used.  The Officer followed up at the place where the card was used and retrieved surveillance footage of the female using the stolen card, without the owner’s effective consent.

The female has not been apprehended and Detectives want your help to identify this suspect.  If you have any information about this crime, call Crime Stoppers at 888-tips or submit the information online at http://www.888tips.com .  If the information you provide leads to an arrest, you could earn a cash reward.

CCPD Narcotics/Vice Investigators shut down another synthetic cannabis dealer Thursday morning on the near west side.  At approximately 9:00 am, NVID Officers, assisted by the CCPD Bike Patrol, served a search and arrest warrant at a residence on the 1000 block of Eighteenth Street.   During the search, officers found and seized approximately one half ounce of synthetic cannabis product, 10 grams of THC “wax”, packaging materials, surveillance equipment, and over $27,000 in cash.  Arrested were Ramon Lopez (DOB:7-1-1995) and Emily Marines (DOB:10-17-1994).  Both were charged under the Texas Health and Safety Code with manufacture or delivery of a controlled substance in penalty group 2, a first-degree felony punishable by up to 99 years in prison.

The home was located near where several serious synthetic cannabis related overdoses had been reported in recent weeks.  NVID Investigators initially suspected that the residence may have been the source of the tainted product and stepped up their efforts to shut it down. The search warrant on Thursday was the culmination of that investigation.  “Although we have not established a direct link between this residence and the overdoses, based upon the amount of traffic at the residence, the packaging materials, and the amount of cash seized, we believe it was a significant source of synthetic cannabis in that area,” said NVID Commander Todd Green. “Once this residence came up on our radar, NVID Investigators worked very quickly along with our Patrol Division Officers to shut this operation down. I’m very proud of their efforts and teamwork.”

Sometimes referred to as “legal” or “Kush”, synthetic cannabis can cause serious, sometimes fatal, reactions in users.   The drug is frequently abused by the homeless population, contributing to numerous quality of life issues including public intoxication, thefts, and panhandling, as well as more serious crimes such as prostitution, assaults, and robberies.  Synthetic cannabis accounted for approximately 43% of all misdemeanor drug arrests by Corpus Christi Police Officers in 2016.  Thus far this year, perhaps due to an increased emphasis on targeting the dealers, the percentage has dropped to 36 %.

Corpus Christi Detectives want your help to identify two individuals accused of a stealing several packages from a home located in the 4300 block of Gertie, on May 26, 2017 at approximately 2 in the afternoon.

The suspects arrived at the home and were captured on motion activated surveillance cameras stealing several packages from the door step.  The suspects were seen leaving the area in a small black in color vehicle.

The suspects are described as adult males, approximately 25-30 years of age, both were wearing black t-shirts, black shorts and black baseball caps.  Detectives would now like help from the public to identify and locate the suspects in this crime.

Corpus Christi Detectives want your help to identify an individual accused of a Robbery, that occurred on May 12, 2017 at approximately 12:30 in the afternoon in the 5400 block of SPID.

The suspect who had a minor child with her at the time of the crime, took several items from the store, concealing them in her purse.  When an employee confronted the suspect, in an attempt to retrieve the property, the suspect punched the employee and ran out of the store.  The female suspect was seen getting into a white in color Ford F-350 single cab dually.

The victim described the suspect to Police as an adult female, about 25-30 years of age, standing 5’02-5’04, with brown hair and brown eyes and wore a Gray shirt at the time of the crime.  Detectives would now like help from the public to identify and locate the suspect in this crime.

Detectives have obtained images of the suspect and the vehicle. 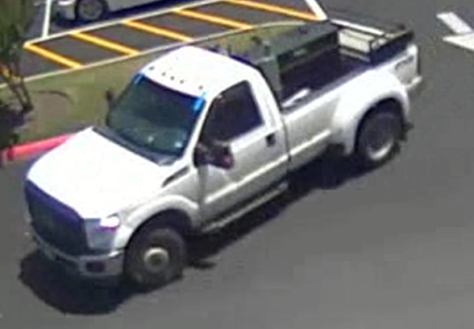 If you recognize the suspect vehicle, know the identity of the suspects or have any information about this crime please call 886-2840 and ask to speak with the detective that is assigned to case #1705120074.  You may also call Crime Stoppers at 888-TIPS or submit the information online at http://www.888TIPS.com. Information provided to Crime Stoppers  is anonymous and if the information leads to an arrest, it could earn you a cash reward.

Narcotic Investigators executed a search warrant on Wednesday, May 10, 2017 at 9:45 am in the 1000 block of Burr.  The warrant  was the result of several months of investigation into a marijuana grow operation believed to be located inside the residence.  Once inside the house, Investigators located a sophisticated grow operation consisting of two grow rooms and a drying room. There were 85 plants located during the search, in various stages of growth. The rooms were well equipped with grow lamps and a sophisticated ventilation system.  All grow evidence was seized as well as the marijuana plants.  Two 12-gauge shotguns were also recovered in the residence.

Marc Wynder-Miller 06/07/83 was charged with felony possession of marijuana. 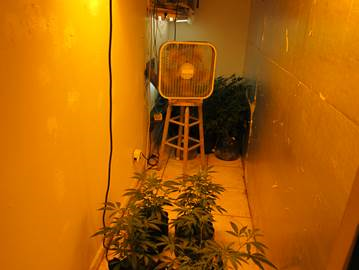 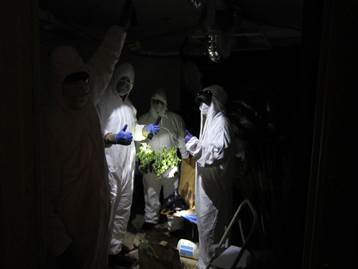 Corpus Christi Police responded to the 700 block of 12th Street for a Robbery.  The victim advised that he went to the Stripes at Brownlee and Agnes to retrieve money from the ATM.  The victim stated that as he was walking home he was approached by 3 Hispanic males who initially asked him for a cigarette but then became aggressive and began assaulting him.  The suspects took the victim’s wallet containing $400 cash.

Corpus Christi Police Officers were dispatched to the 3700 block of Mueller reference shots fired. Upon arrival, units observed several bullet casings and obtained a suspect vehicle description.  Additional Officers in the area observed the suspect vehicle and were able to stop and detain the drivers.  Offenders Joe Banda (07/16/87) and Julian Salas (07/10/1989) were discovered to be in possession of a stolen firearm which matched the caliber of the firearm used in the drive-by.  Banda was arrested for Theft of a Firearm and Unlawful Possession of a Firearm by a Felon and Salas was arrested for Theft of a Firearm.    Additional charges for Aggravated Assault with a Deadly Weapon are pending.

Corpus Christi Police Officers responded to the 3100 block of Peachtree for a report of an aggravated Robbery. Upon arrival, Officers were advised by the 18-year-old victim that he was robbed at his front door by three hispanic males wearing masks and black hoodies.  The victim advised that all three exhibited handguns during the Robbery and that he feared for his safety.  The 18-year-old male advised that his wallet along with the contents were taken.  The male did not sustain any injuries during the commission of the Robbery.

Corpus Christi Police Officers observed a pickup traveling with no headlights near the intersection of Airport/Santa Elena.  Officers attempted to initiate a traffic stop, noting that the vehicle refused to stop.  The vehicle eventually came to a stop in the 1000 block of Mendoza, at which point the driver exited the vehicle and a short foot pursuit ensued.  Officers took Cosme Zapata (10/15/1967) into custody and discovered that Zapata had run because he had an active warrant for a parole violation.